Symbol of İzmir, Clock Tower, was built in 1901 by Kamil Pasha, Said Pasha and Eşref Pasha, to celebrate accession of Sultan Abdulhamit II. This structure is 25 meters high, has four floors and octagonal plan. The platform is made of white marble and the other structures are made of cut stone. The columns have a North African theme. The clock was given as a gift by the German Emperor Wilhelm II. Rhomboid section reliefs were made out of the Clock Tower, and four 75 centimeter-diameter hours were added. 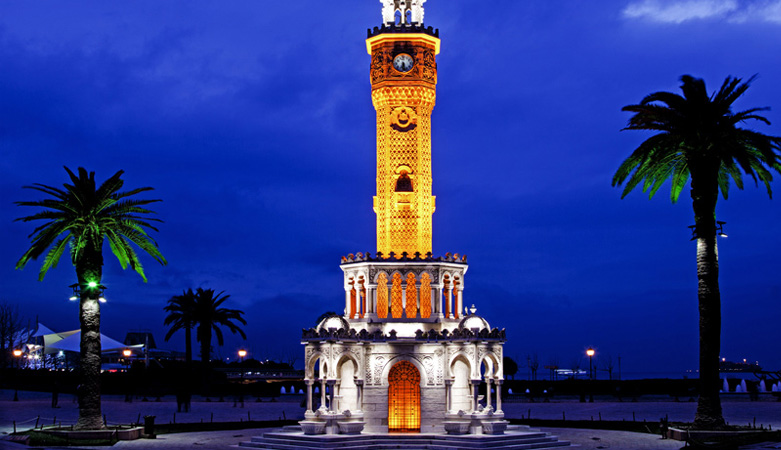 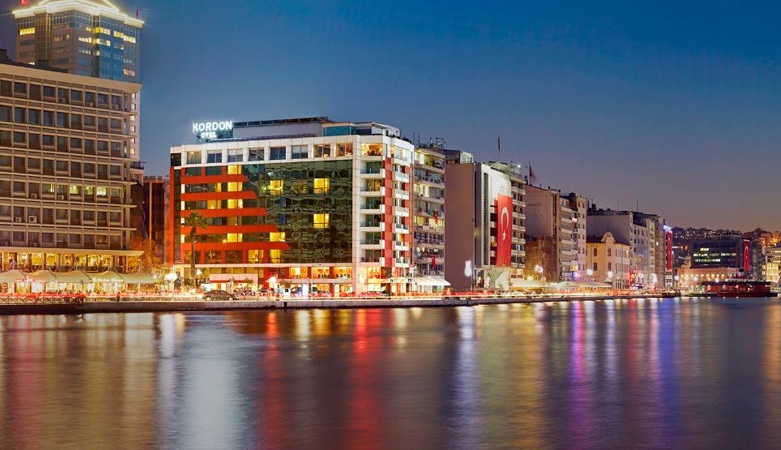 Sasali Zoo was established in 1937 as the first zoo in Turkey Culture in 18-acre area.

Izmir Wildlife Park is a member of the European Society of Zoos and Aquariums.

In the Natural Life Park, visitors can find strolling bands and watchtowers to watch animals in their natural habitat. At the entrance of the park there is a 8.450 square-meter pond with many waterfowl inhabitants.

In the park, there are playgrounds with manege, stables and poultry sections where children can ride horses.

There are no artificial visual reagents, such as cage, wire, between visitors and animals. Instead of these reagents, natural inhibitors such as water and ditch are used in accordance with nature. 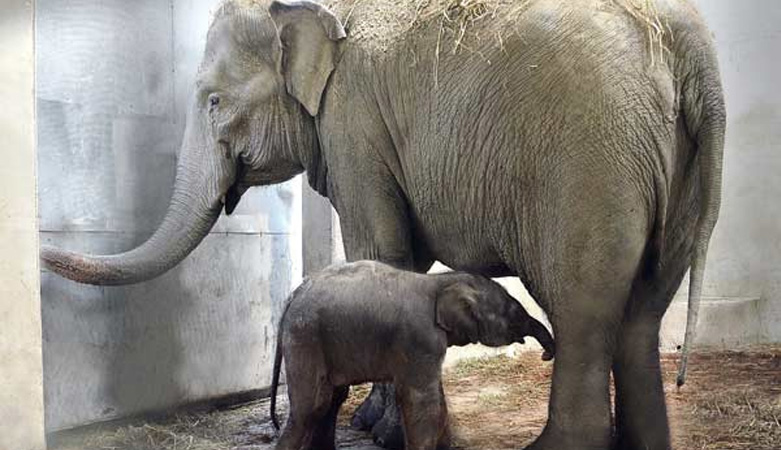 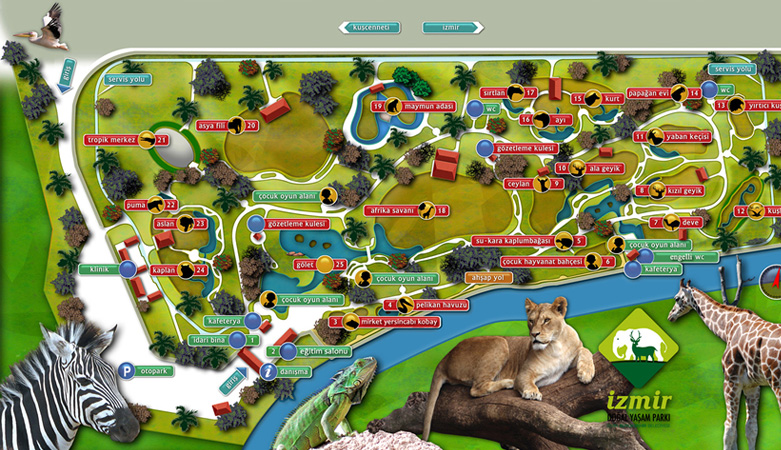 The artist has created a collection with his toys from various countries of the world and his works made by talented children who won degrees in the competitions he organized. On January 17, 2010, the collection was enriched by Konak Municipality with Sunay Akın's concept consultancy. 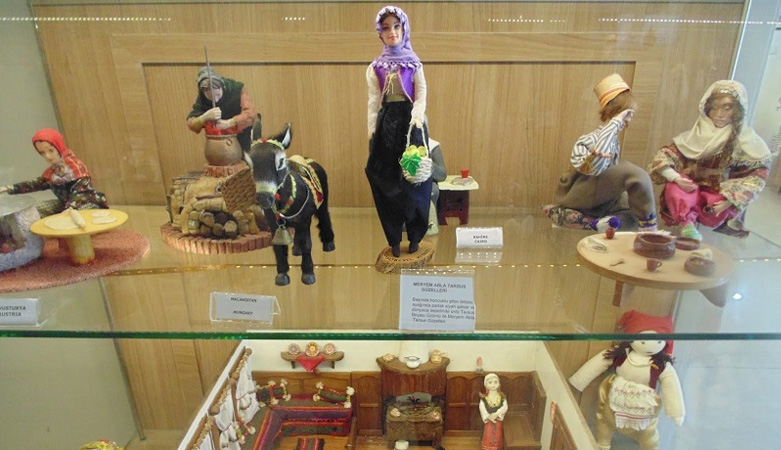 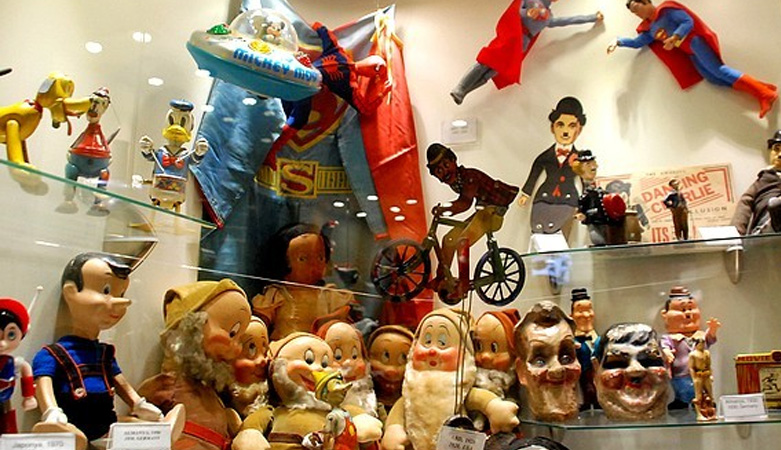 Key Museum was created by the Chairman of the Executive Board of Özgörkey Group Murat Özgörkey and Selim Özgörkey key s collector spirit. The museum is set in 7,000 square meters, Turkey as well as from around the world since 2001, meticulously exhibited different collections formed with the parts brought together.

The Key Museum has the ideal of preserving the originality of each piece and making it better than ever before. 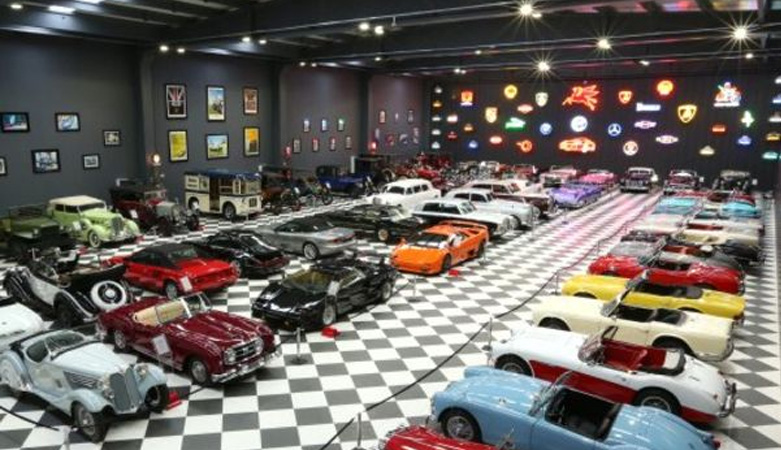 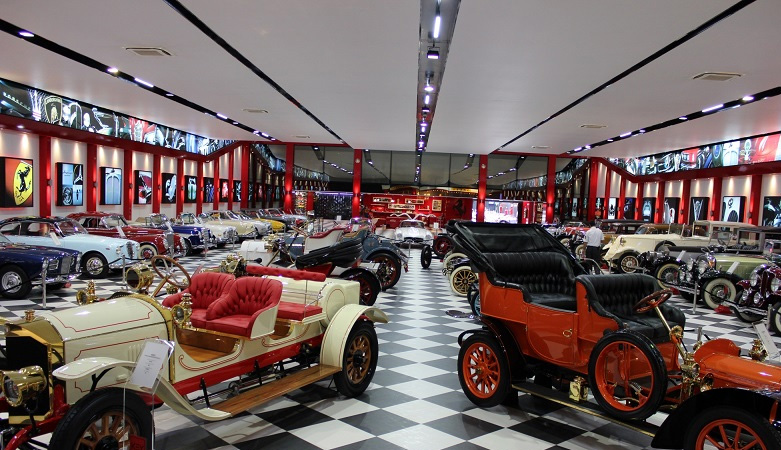 In the building built by the French, blocks and marble gravestones from Ephesus were used. In the architectural style of the building there are different views about Neoclassical style and Neo Gothic style and the decorations inspired by Byzantine architecture are noteworthy.

Today, the tombstones written in Hebrew between the stones of the walls of the Museum of Ethnography can be chosen by careful eyes. In addition, tombstones are found in Hebrew written on the walls of Variant and High School for Girls.

The ethnographic artifacts in Izmir were exhibited on the lower floor of the Museum of Ethnography of Izmir and Atatürk since 29 October 1978. After that, the former Health Directorate building, which was restored in 1985-1987, was put into service as Ethnography Museum.

The building, which rises on a terrace floor, is entered by marble stairs. The tower type stone structure, starting from the entrance gate, has a magnificent appearance. There are arched windows on the 1st and 3rd floors on the four sides of the building. This makes the building very bright.

The 19th-century bridal room on the second floor, with its wooden-covered roof, collects the admiration of the audience in its natural state. In the showcase on the left, various babies from different regions are exhibited. 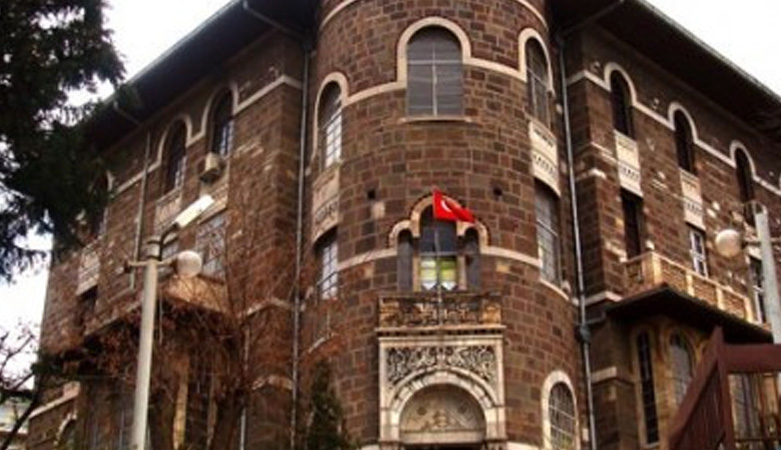 This museum was built with the purpose of advertising and popularizing seamanship throughout the country by adopting the opinions of the great leader of Turks, Ataturk. There are Ege, Piri Reis and Kasirga museum ships to show the ability of Turkish navy.

For this purpose, our navy, sea and coast of our ships surrounded by seas in the Aegean, Pirireis and Kasırga museum of our seas and seas of the Turkish navy in the floating and dalar elements of life in the living areas supported by mannequin, model, pad and board objects such as our people living in war and peace conditions by experiencing our people learning furnishing.

In addition, our museum vessels aim to provide scientific researches that will enlighten our marine history on the maritime history of the Turkish maritime history, and to ensure that our military cultural assets are passed on to future generations. 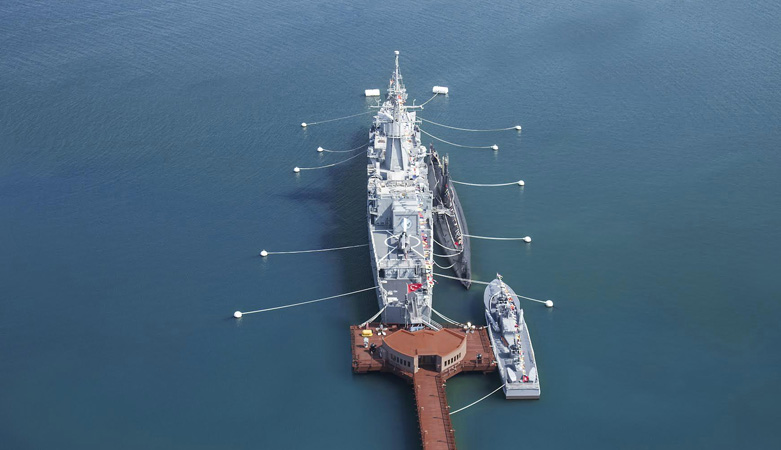 The museum building was built as a house by the carpet merchant Takfor in 1875-1880. On September 9, 1922, the building was abandoned by its owner and became the property of the treasure. The Turkish army entered Izmir and used it as headquarters. When the Izmir Economic Congress convened on February 17, 1923, Atatürk carried out his personal work here.

At the end of the congress, the headquarters moved from this building and rented the building to Naim Bey for use as a hotel. On October 13, 1926, the building was bought by the Municipality of Izmir and after some new items were added to the building, it was gifted to Ataturk.

Atatürk stayed in this house every time he came to Izmir between 1930 and1934. After the death of Atatürk on 10 November 1938, the house was transferred to his sister Makbule Baysan by inheritance. On 25 September 1940, İzmir Municipality expropriated the building to make a museum and opened it to the public on September 11, 1941. Since October 5, 1962, the museum has been renamed "Atatürk Provincial Public Library and Izmir City Ataturk Museum". On 28 December 1972 the ownership of the building was given to the Izmir Archeology Museum. It was restored and arranged and was opened to visitors on 29 October1978 as "Atatürk and Ethnography Museum. After the ethnographic works of the museum moved to the new Ethnography Museum opened on 13 May 1988, the museum's name became the 13 Atatürk Museum. The building has a Neoclassical style consisting of a mixture of Ottoman and Levantine architecture. It is possible to see the objects used by Atatürk in the museum which consists of basement, ground, 1st floor and penthouse. 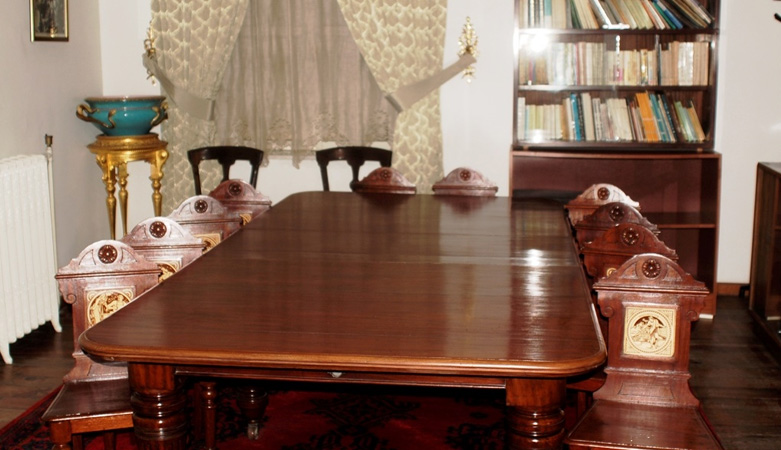 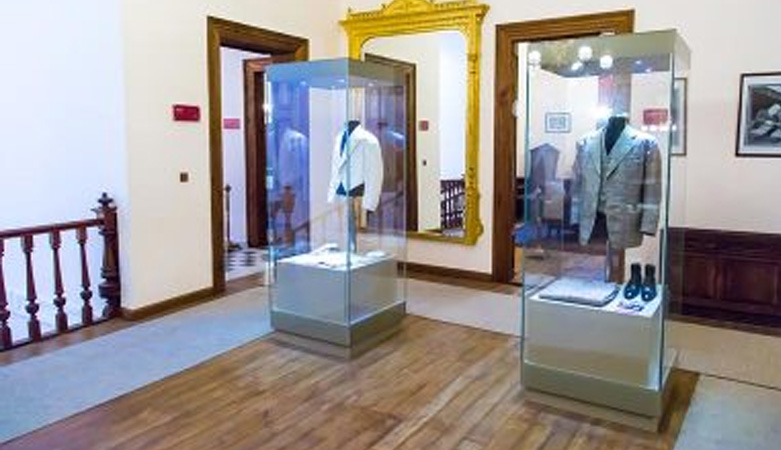 Sapling planting has an important place in the changing ecological system of the world. Afforestations made a great contribution against erosion and desertification. The aim is to raise awareness of our children about environmental protection and to eliminate cultural obstacles in sharing the common environment. 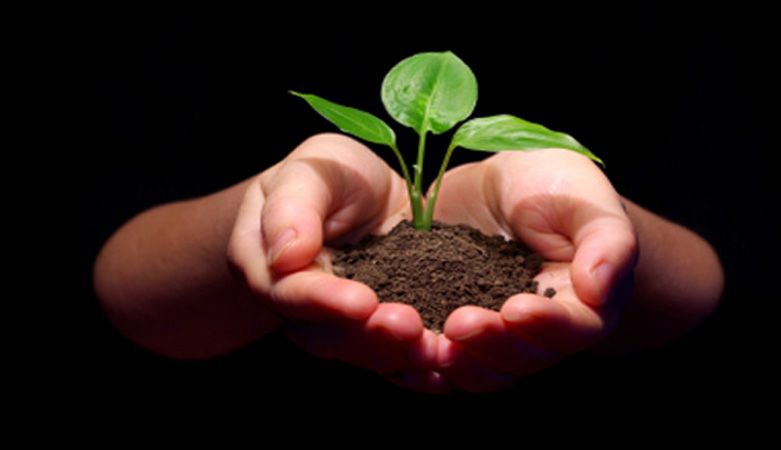 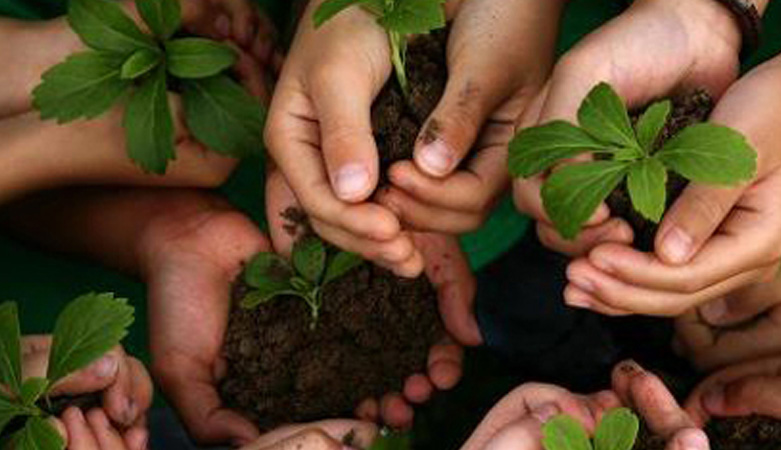 You will enjoy unforgettable moments by enjoying the magnificent bays, sea and nature of Sigacik. Our boat, which has a capacity of 31 people between 10.00 and18: 00, is equipped with all kinds of equipment in terms of boat and passenger safety. You can enjoy the magnificent sea in the bays of Taş Ada, Papaz Boğazı, Caves, Baba Orhan, Mud Bath, Ruins, Red Soils and Aquarium, and have unforgettable moments. We will be very pleased to welcome you with our friendly staff, delicious menus and treats. 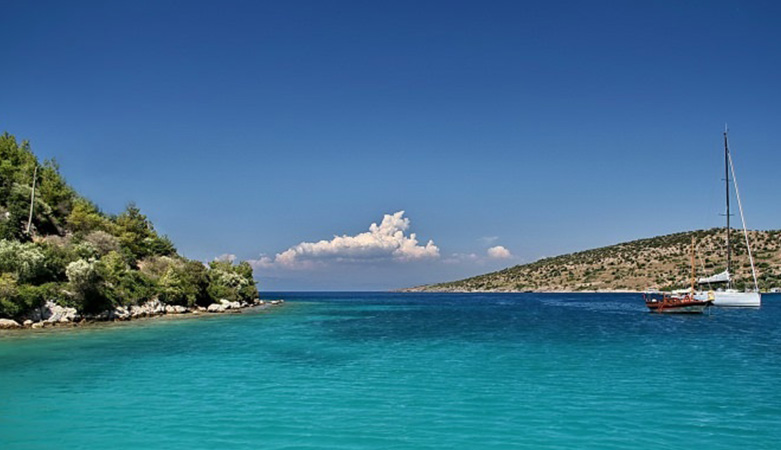 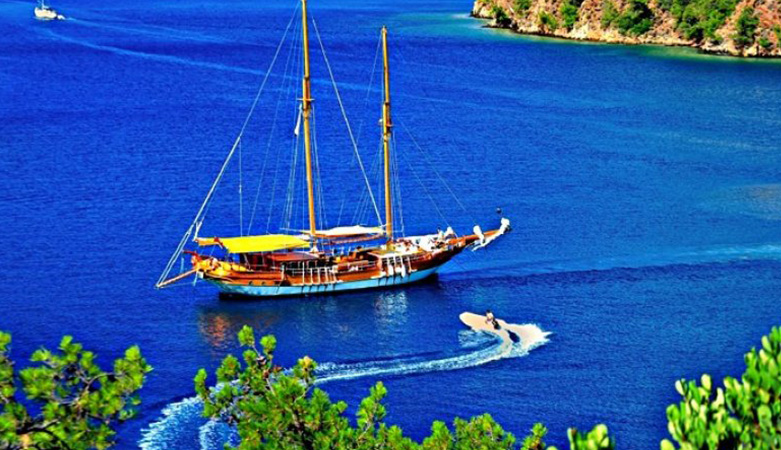 You can get detailed information or apply for EGEKAMP. APPLY NOW.